The Sacred Heart in Public and Private Space 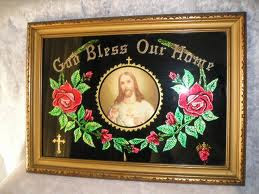 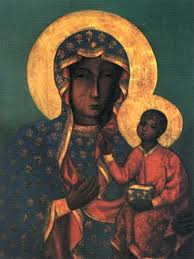 Ian's blog on sacred space ( Consecration to the Sacred Heart and the Evolution of the Public Space) touches upon some of my central concerns. I point out in the Catholic Herald piece that the Consecration of the World to the Sacred Heart and the emergence of Catholic Social Teaching are closely related. It is an image which is profoundly mystical, but at the same time it is also one which is profoundly political. This came home to me during my trips to Mexico. During the persecution of Catholics in the Cristero war or Cristiada, the Sacred Heart and the Virgin of Guadalupe were prominent symbols of resistance and hope. The Sacred Heart has also been used in other countries - notably France and Spain as a symbol of resistance to persecution and anti-Catholicism. Above all, it was in France where the Sacred Heart became such a potent political symbol. Indeed, long before the basilica of the Sacred Heart was consecrated in 1919, a perpetual adoration of the Blessed Sacrament had begun (1885) which continues to the present day. It has thus crossed over from the domain of private devotion to a public image. This question of the relationship of sacred image to the 'non-sacred' spaces is therefore an interesting one to explore. As I read Ian's blog on this what came into my mind was the icon of the Black Madonna of Częstochowa. This played a prominent role in the Polish Solidarity campaign in the 1980s. It became a powerful symbol of resistance and prayer at a turning point in European and world history. And, is it not the case that icons have been used as forms of defence? Must chase that one up.

The Sacred Heart raises another set of questions in relationship to space and in particular 'sacred space'. If we want to bring the Sacred Heart as the symbol of God's love into the public space it must first enter into the 'private ' or the domestic space - or what technically in Greek is called the 'economic' space - the home (οἶκος) . In the world in which previous generations of Catholics grew up homes were dedicated to the Sacred Heart. Enthronement ceremonies were common. The image of the Sacred Heart served to create a 'sacred space'. As the tradition withered - even in countries like Ireland - something happened. It was so significant that we never quite got it. Slowly, the home ceased to be a 'sacred space'. The home became a kind of neutral space. Whereas before the home was a holy place- a place which honoured the image of the Sacred Heart - the only sacred space became the church building itself. That is where 'religion' happened. But the whole point of the image of the Sacred Heart was that it could bring God's blessing on the 'space' called home. One of the promises made to Margaret Mary was that :' I will bless the place where a picture of my Sacred Heart shall be exposed' . The home was a sacred space. It was a space which was devoted to the love of God symbolised in the Heart of Jesus. As the devotion declined, so did the home as a sacred space. From then on the only sacred space was the Church. And then what happened? The home in time ceased to be a space made sacred by the image of the Sacred Heart and became largely an economic space. But not in the Greek sense: it became a space which could make you MONEY!! Indeed, it became a space dedicated to the love not of God, but of money. Slowly but surely we moved down the road of seeing homes as property. Spaces for profit. Spaces to make quick money. Spaces to 'do-up' and sell on. Spaces we read about and watched TV programmes about. Sadly, and most dramatically we saw this in Ireland. Over my many visits in the past decade it became clear that as the Irish lost their devotion to the Sacred Heart, they replaced it with a devotion to their homes as property and profit. The rest is history. And the Irish were not on their own.
So, I think that there is an important relationship between the what has happened to our understanding of 'sacred space' in the Catholic tradition and what has happened in the society at large. In this sense the home is a public space: what happens there for good or ill impacts on public problems. The Sacred Heart served an important role in keeping our eyes on the love of God, rather than feeding our love of money. If the church is to renew itself, then it has to realize the urgent task of making the home a sacred place. A place which God blesses. So, yes, it is easy to look with a cynical eye at the images of the Sacred Heart which were used by our parents, and grandparents. They are not great art. But there was a power in those images: a constant reminder that we have to trust in the love of God. We have to place all our trust in the Sacred Heart, not in banks or bricks or the promises of politicians. In Greek sacred space -τέμενος - the temenos - was that space 'cut out' of the other 'public spaces' which were political. economic (the agora) or for entertainment (the odeon or the theatre). In its way, the image of the Sacred Heart created this kind of temenotic space in the place where people ate, talked, loved, laughed and cried. The home as merely property destroyed the sanctity of domestic space. Over time the home is a place where we can work ( as I am doing now) and play with our computer games and watch movies and listen to music and all the other things that now take place in the home. We can shop at home, form virtual communities: write blogs! The line between the 'eikos' and the other spaces have become increasingly thin: except in one particular regard, as sacred space. Scared space has been cut well and truly out of the home. Until we get that space re-sanctified - and in a sense 'cut out' of the money making space - I am not sure how effective we will be in solving many of the problems in the public sphere. Indeed, so many of our public problems stem from the decline and destruction of the family itself, and more broadly, the decline and destruction of the idea of 'sacred space' more generally.
Posted by DWP at 09:24