I was taking a look at the geometric 'skeleton' upon which the composition will be made. Sacred Geometry goes back to ancient Greece, but the Christians, notably the Byzantines, made it their own though knowledge of it became lost as centuries passed and a lot of iconography, for example, was simply copied.

One way in which you can see how sacred geometry works is by taking a look at Islamic art. The first builders and decorators of mosques and palaces for the Arab conquerors were all Christian, because conversion to Islam only took place very slowly and over many centuries, so at first there were only Christians to be employed. Islam's prohibition of the figurative meant they were made to take a step backwards and, using their knowledge of sacred geometry and its meaning, to create incredible  ever repeating patters to speak about the infinity of God and the order that God brought in creation.

Here is a page from a book,  Islamic Geometric Patterns, by Eric Bourg which I refer to quite a lot as an easy to follow guide. It shows  four basic constructions. 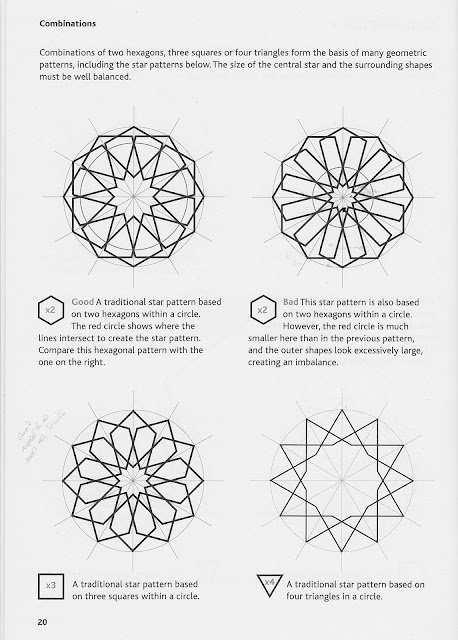 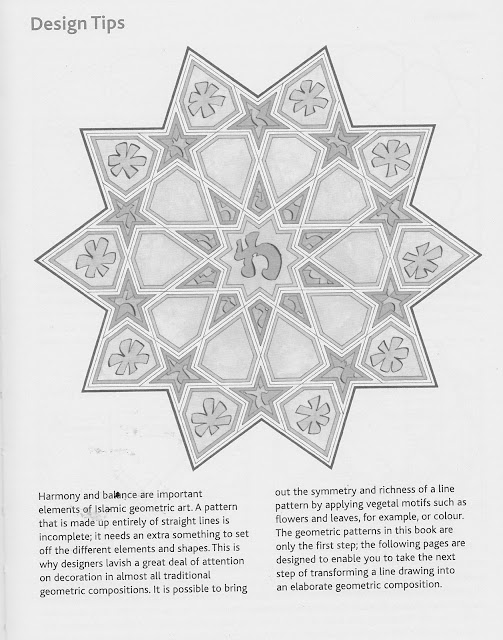 For the geometric structure for our icon I have chosen the following eight starred shape which I found on ancient doors from the monastery of St Cathering on Mount Sinai, however at this stage I am thinking to use it as a hidden structure rather than as a decorative motif, but that might change!

Here are some of the drawings I have been working on today: 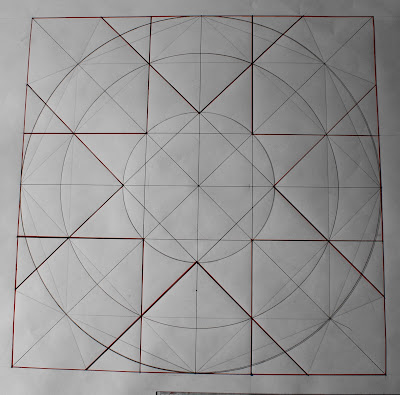 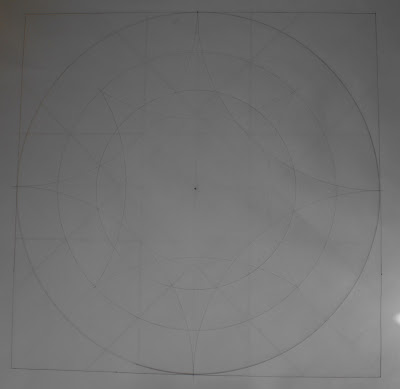 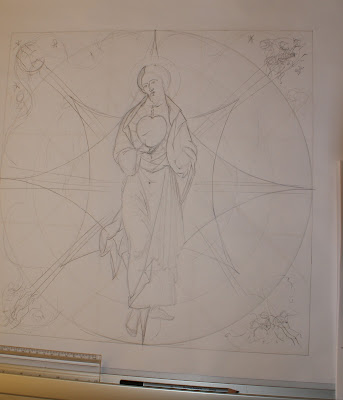 This is just another first sketch! Perhaps the circles will be gold leaf rays, and the four corners representations of the earth and the heavens, all being filled with the divine energies...we will see!
Posted by Elias Icons - Ian Knowles iconographer at 16:30