Who was Teilhard de Chardin? 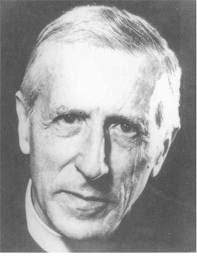 For an short account of his life and ideas go HERE - to the British Teilhard Association.


Teilhard thought that the devotion was rather stuck in the past, and that it had to evolve. Indeed, he saw the Sacred Heart as pivotal to the Christianity of the future! For him this meant understanding the Sacred Heart as Christ Omega. Drawing on St Paul  and St. John in particular Teilhard saw the Sacred Heart as nothing less than that the point towards which the entire universe was converging. The conventional image was not to his taste and the image of the Sacred Heart that he carried with him was rather different to the standard picture. Instead of a bleeding heart Teilhard's card focuses on the fire, glow and light emanating from Christ. (Significantly, at the same time when Teilhard was envisaging the Sacred Heart in this way, Sister Faustina had her vision of the 'Divine Mercy' which also moved away from the traditional image of the Sacred Heart). The card - which was found on his desk when he died in 1955 - was an image painted by one Henri Pinta.  Go HERE to read about this.


As one of the leading commentators on Teilhard, Robert Faricy S.J. states:

The religious experience that lay at the base of the whole edifice of Teilhard's thought was the devotion to the Sacred Heart of Jesus that he learned from his mother and, later, at school from his Jesuit teachers. Personal attachment to the Heart of Jesus is the seed of Teilhard's Christology which, in turn, forms the most substantial part of his religious thought. Christian Faith, Hyperion Books, 1988: 21

Thus it is important to realise that this deep attachment to the Sacred Heart was not marginal or just an interesting aspect of his life and work. It is the seed from which his whole spiritual and intellectual life was to grow.