Ratio et Fides: The Sacred Heart and the Human Brain! 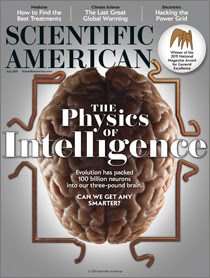 The last blog ended with these words from Blessed John Paul.

“The man of the year 2000 needs Christ's Heart to know God and to know himself; he needs it to build the civilization of love".

And I added that If we are to 'build the earth' and 'build the civilization of love ' we need to centre our personal lives and our public affairs around Christ's Heart.

Now, that all sounds very nice as a statement of faith, but the rationalist in me was not content. And faith needs reason, as reason needs faith. How, precisely, is the Sacred Heart connected with ‘building the earth’ (as Teilhard calls it) and ‘building the civilization of love’ in the powerful words of Blessed John Paul? I wrestled with this issue overnight and this morning felt none the wiser about how to ‘join-up’ faith and reason in terms of an icon of the Sacred Heart. I think I could do this is 10,000 words, but in a brief blog? I wish I could say that an answer came in a wonderful moment at mass this morning. ( And yet another candle for Ian!) But no: nada! Taking the morning paper and a copy of this month’s Scientific American I settled down with a coffee in my local Café. The paper was full of the usual gloom and doom. By the time I got to reading the latest on all the ‘junk’ debt in Europe I had enough, and picked up my Scientific American. ( I am a compulsive reader of SA and New Scientist!) And there was the answer to my question: how does Teilhard’s and Blessed John Paul’s faith in the Sacred Heart connect up and connect to the ‘real’ world?

In simple terms, Teilhard argued that we should take evolution as a fact and understand our Christian faith accordingly. He argued that human evolution in terms of the physical capacity of our brains had reached its limit quite early on in the evolution of our species. Our brains are pretty much the same as those of our earliest ancestors. The future of human evolution would be cultural, social, and spiritual. The future of mankind was all about how we could harness the energy of God’s love which fills all creation. For Teilhard evolution was not the story of the survival of the fittest, so much as the story of how human beings realize their capacities for love. ‘Love thy neighbour’ for Teilhard was not just a moral injunction it was an evolutionary imperative. The human brain would not get smarter and smarter, but human beings could move to an even higher level of complexity by evolving ways of communicating and integrating their knowledge. Our brains would not become more complex, but the planet would, in a sense, grow a global brain! The planetization of mankind would therefore be a new phase in human evolution: and consequently of the evolution of the cosmos itself. The Sacred Heart is the Omega point : the glowing furnace of divine energy – love - pulling all creation towards the final parousia: when God, who IS LOVE, would be all in all. Human beings were free to participate in this evolutionary process: to create a civilization of love. For it is only by loving one another that we can realize the full potential of our humanity.

With this in mind, the article in this month’s Scientific American gives a little more light on why the Sacred Heart -as the furnace of divine love – is so important for the future of our planet. Douglas Fox, reviewing some of the latest research by neuroscientists into the physical evolution of the brain shows that ‘Human intelligence may be close to its evolutionary limit.’ (SEE HERE : ) Human beings are, it appears, pretty much at the limits of neuro-complexity: in other words, we are not going to get much smarter. What we see - and what Teilhard saw as a paleontologist – is that human beings are just like other life forms. They reach a point at which the brain just does not improve: that is it. Like the crow, honeybee, the octopus and other mammals, human beings have arrived at their optimal neuro-network. Our brains are as complex as they are going to get! We are just stuck with the wiring we have evolved over millions of years: our brains our now ‘evolutionarily entrenched’. All that step-by-step development ( Teilhard called it tâtonnement) of the human brain is coming to and end. We are as smart as we are going to get. We will remain just a bit smarter than our ancestors who emerged from the ice age.

So, where next for mankind? If we are not going to get any smarter in neurological terms, what does the future hold? The future appears In Scientific American to be exactly what Teilhard predicted all those years ago. Fox ‘s article concludes in terms that are wholly consistent with Teilhard:

The human mind, however, may have better ways of expanding without the need for further biological evolution. After all, honeybees and other social insects do it: acting in concert with their hive sisters, they form a collective entity that is smarter than the sum of its parts. Through social interaction we, too, have learned to pool our intelligence with others. And then there is technology. For millennia written language has enabled us to store information outside our body, beyond the capacity of our brain to memorize. One could argue that the internet is the ultimate consequence of this trend towards outward expansion of intelligence beyond our body.

Of course, Teilhard was saying exactly this before the second world war! ( He predicted the internet way back.) But with a big difference. For Teilhard the future of humanity and the future of Christianity were inextricably linked. If human beings are to harness their capacity to ‘act in concert’ they have to learn to trust, respect and above all LOVE one another. The birth of Jesus is an evolutionary event on a cosmic scale. Jesus is the new Adam, marking out the direction which human evolution must take. If civilization is to evolve further it can only be as a ‘civilization of love.’ When Jesus points to his Sacred Heart, burning with love, it is to point the way to the future of mankind. Man has to learn to harness this energy that burns deep at the centre of creation. Then, and only then, can humanity truly take the next step in its evolution. Hence Teilhard’s famous declaration:

Ratio et Fides. Reason and Faith. My reason – informed by the kind of arguments we find in Teilhard and in more recent research – tells me that humanity can only advance if it builds a ‘civilization of love’. It is not about hoping we will get bigger brains. The hope for the future is not that we will solve our problems through getting smarter. My faith and reason tells me that the hope for the future is that human beings will learn to cooperate, be reciprocal and more altruistic. Humanity can only advance as we learn to respect each other, trust each other, and acquire a ‘sense of the earth’. And ultimately, true progress can only take place when we LOVE one another. Jesus in the image of the Sacred Heart is not pointing to his head: he is pointing to his heart. So many of our problems are problems which are of the heart, not the head. It is dangerous when human beings believe that these problems can be solved by analysis and calculation when in truth they are problems which can only be solved by human beings harnessing their capacities for love. As Jesus’s heart calls and is open to our heart, so our hearts must respond and be open to his heart: the divine centre. It is this ‘Milieu Divin’ which has to become the focus ( or as Teilhard called it the‘ foyer’ ) of the next stage of human evolution. Hence as John Paul put it: we need Christ's Heart to know God and to know our own humanity. To know the Heart of Christ is understand the future and ultimate destiny of humanity.

That is what I see when I look at Ian's design for the Sacred Heart!
Posted by DWP at 14:31