Meanwhile, the board is waiting. 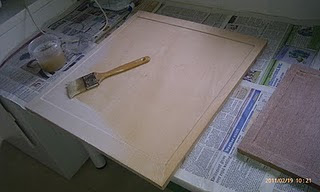 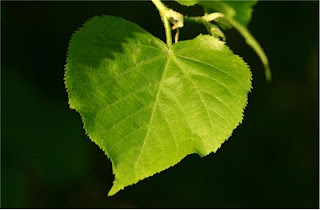 This project keeps surprising me. As it unfolds so it seems to generate new ideas and thoughts, feelings and emotions as well as an appreciation of icons as works of sacred art.

Ian is now in the Holy Land, and I hope all is well with him. As I write I am aware of the uncertainty in Jordan as in much of the Middle East, and I hope and pray for peace in these challenging times. I cannot do better than John Paul’s prayer which is on this blog. " I would like to entrust in a special way to the merciful heart of Jesus all those who live in the Holy Land: Jews, Christians, and Muslims. That Heart that, burdened with insult, never nourishes sentiments of hatred and vengeance, but asked for forgiveness for his executioners, that Heart that shows the only way to emerge from the spiral of violence: the way of pacification of spirit, of reciprocal understanding and reconciliation." John Paul II

Since my last post on the furnace and the sacred heart of steel I have reflected on Ian’s last communication about ‘the board’. And just meditating on the picture of the board in his blog has given rise to many thoughts and feelings. The first is that I find the idea of the board sitting there in Cheltenham awaiting Ian’s return from Jordan fascinating. It sits there all white : a blank space which is in a state of becoming. It is as if the board is resting before moving to the next stage in its evolution. But somehow this feels right. I think of it as a kind of installation which one might find in the Tate Modern. Something that we are asked to observe as a work of art, and yet all we can say is that it is blank. It is just blank. That is not art. It reminded me in this respect of the work by Concetto Spaziale in the Tate Modern called ‘Waiting’: a blank canvas with a diagonal slash in the middle..(SEE HERE ) I saw it a couple of years ago, and a man standing next to me said, ‘That’s not art it is just rubbish!’ I have to confess that I had to agree with him, and added the word ‘pointless’ to his critique. But Ian’s board is also ‘waiting’ : it too is blank, but without the addition of a slash. The board in Cheltenham is waiting but in a more spiritual sense. The board is in the process of becoming something ‘sacred’: an object that can serve as an aid to reflection and prayer. Spaziale’s ‘Waiting’ has an aggressive cut or wound : perhaps it is waiting for another to arrive. Ian’s board is waiting and it too has been cut. It has been cut to create an ‘altar’. So when we look at Ian’s board we are seeing a piece of wood which has been cut in such a way as to provide an ‘altar’ upon which something sacred will emerge. Ian’s board is waiting in the sense of ‘advent’. It is waiting for something holy to happen. It is waiting for a sacred image to evolve over the months ahead. And I am waiting with it. And as I wait with it I begin to get to know it and reflect on what it is as a thing waiting to become another thing. Its metamorphosis is also connected to my own change. Its advent is my advent.

Ian tells us so much about the board in just a few words. First of all he tells us that it is made of lime wood. As I reflected on this I recalled the time when my sons were small and we would walk in the woods and I would tell the names of all the trees. And they would collect their leaves and bring them home or take them to school for the nature table. And when I was in secondary school we would have to learn about all the types of wood and what they are used for. So I know my board quite well already: and it is fitting that the board waiting for a Sacred Heart was once covered in heart shaped leaves! The board now waiting for departure in Cheltenham is of the genus Tilia. In past time it was called the Linden tree and all species of the genus Tilia have symmetrical heart shaped leaves. The altar is made of the Linden tree whose wood I recall is good to carve and is strong and flexible. And now I know it is excellent for icons. Ian also tells me that it will be covered with surgical dressing or gauze. Again, how fitting that this fabric designed to dress wounds should provide a surface upon which the wounded heart of Jesus should be painted. And, given that the idea of the commission was inspired by so many wounds experienced by those who I love, the board waiting for the Sacred Heart is laying there showing a kind of silent solidarity wrapped in its surgical bandages as if to heal the cuts which have formed an altar in the wood of the linden tree. Next , I learn that the board is covered with gesso made from the mineral gypsum. I am sure that Teilhard would have responded to this which the expression: CaSO4·2H2 ! With my ‘O’ level geology - that led me to Teilhard in the first place - I know that my waiting board is covered with a sulphate mineral. He must have handled it many times and looked through its prismatic crystals. It is also used to heal -like the wood of the genus Tilia – as it has medical uses: as plaster of Paris. It is used to mend broken bones!

And bones. Rabbit bones. Bones of a symbol of fertility, and of Easter. My wife and I were born in the year of the rabbit! The thought that what is sticking it all together is glue made from the humble rabbit just makes me smile. Rabbits, the tricky creature that borrows deep into the earth. Deep into the self same earth from which the linden tree has grown, and from which the gypsum would have been mined seems so utterly appropriate for an icon whose inspiration is a man who believed passionately in the need for humanity to evolve a ‘sense of the earth’.

“The phrase “Sense of the Earth” should be understood to mean the passionate concern for our common destiny which draws the thinking part of life ever further onward. In principle there is no feeling which has a firm foundation in nature, or greater power. But in fact there is also no feeling which awakens so belatedly, since it can become explicit only when our consciousness has expanded beyond the broadening, but still far too restricted, circles of family, country and race, and has finally discovered that the only truly natural and real human Unity is the Spirit of Earth.
(Pierre Teilhard de Chardin: Building the Earth, “Building the Earth” p. 43)

So, board made of lime wood and bound by bandage and primed with mineral and glued with rabbit bones, let us wait together.
Posted by DWP at 14:59