Looking into the furnace 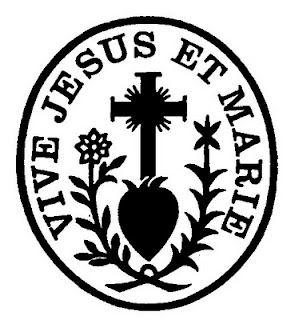 Let us look deeper into the ‘furnace’ of the Sacred Heart : through the visor of St John Eudes’s great teachings. In his eighth meditation: ‘The Sacred Heart of Jesus is a Furnace of Love, Purifying, Illuminating, Sanctifying, Transforming and Deifying’ , The Saint tells us that :

‘The august Heart of Jesus is a furnace of love which spreads its fiery flames is all directions, in heaven, on earth, and throughout the whole universe…All creatures on earth, even those which are senseless, inanimate, and irrational, feel the effects of the incredible goodness of that magnificent Heart, since He loves all things that are and hates nothing he has made…Imagine all the charity , all the affections, all the tender and intimate feelings of all the hearts that the omnipotent hand of God might fashion as being collected and united in one heart large enough to contain them. Would they not all be capable of forming one unimaginable furnace of love?’ ‘

St John Eudes’s vision of the Sacred Heart pre-dates Teilhard’s own ideas by many years. It was immensely important in influencing the devotion to the Sacred Heart which would have shaped the understanding of Saint Margaret Mary’s own devotion. However, it is evident that after Margaret Mary’s experiences which were promoted by St Claude la Colombiere and by the Society of Jesus, the influence of St John Eudes diminished as the Sacred Heart as revealed at Paray le Monial increased. In his observations on the Sacred Heart, Teilhard comments on St Margaret Mary, but I can find no mention in his work of St John Eudes. I am no expert on the devotion, but it would seem to me that by the late nineteenth century the devotion had become almost synonymous with the St. Margaret Mary. St John Eudes contribution would, by the time Teilhard was born, have been very much in the background. Even so, he was beatified in 1909 and canonized in 1925. It is not unreasonable to suggest that Teilhard would have read or read about St. John Eudes, but it is very clear from his writings that Teilhard came to the image of fire via a different route. But it is also clear that what had happened to the devotion after Paray le Monial was that what might be called the ‘cosmic’ or ‘universal’ aspect of the Sacred Heart was rather marginalized. Teilhard’s great contribution was to re-focus the devotion in a way which is more in keeping with St. John Eudes than St Margaret Mary. And whatever might be said about Teilhard, his devotion to the Sacred Heart as revealed by St. Margaret Mary was – as a Jesuit- absolute and total. But he was not too fond of the images which were ubiquitous in France. He found them over-sentimental and ‘mawkish’. His Sacred Heart is undoubtedly the furnace we find in St. John Eudes.

It was this more ‘Eudist’ line of development in the history of the devotion which Teilhard was to follow. The Sacred Heart as ‘the golden glow’ ( he used the English words) of divine love energy. He saw this as the basis for a devotion which could take Christianity 'towards the future'. Not surprisingly, therefore, he saw the devotion as ‘evolving’. What he thought about the direction of this evolution was to be set out in his essay ‘ The awaited word’, written in 1940. But that is another blog....

THE LOGO ABOVE IS THE SYMBOL OF THE 'EUDISTS' ( THE CONGREGATION OF JESUS AND MARY): SEE HERE.
Posted by DWP at 09:10