Third week of Advent:the Sacred Heart and the Incarnation. 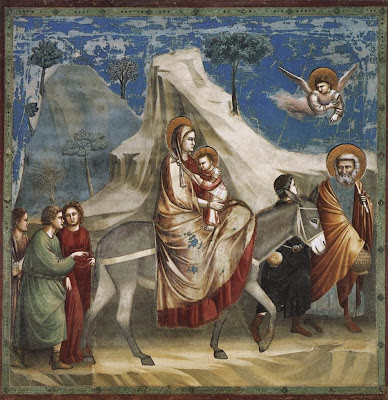 Sunday of the third week of Advent we went to hear a performance of Berlioz’s ‘L’enfance du Christ’.  The closing lines of the piece provided a good start to the week - even though it is about the flight into Egypt, rather than the nativity, per se.  The closing lines says it all really.

Before the great mystery of the Incarnation all we can do is rid ourselves of our pride, and humbly adore.  And, in so doing, open our hearts to the deep and pure love of God – as, in Jesus, He has opened His heart to us all. Berlioz himself had long abandoned his Christian faith when he composed this great work. Nevertheless, his words and music serve to illuminate the Incarnation.  I returned to Hildebrand’s book The Heart with a renewed interest in understanding what he has to say.

Although Von Hildebrand was  (very) antagonistic towards  Teilhard’s approach, he shared Teilhard’s deep devotion to the Sacred Heart.  And in so many respects they agreed that renewal of the devotion – oe what Teilhard called the attraction – to the Sacred Heart was vital for the future of  Christianity in the modern world.  Both though that the Sacred Heart had to be rescued from the sentimenalism  and aberrations which had  distorted the true meaning of the mysterty of  the heart of  Jesus. To do this Von Hildebrand argues that we have to first clarify the idea of  the heart in philosophical terms  ‘in an attempt to do full justice  to the depth and spiritual plenitude of this ‘centre of man’s soul’ which could provide the basis for a ‘deeper penetration into the ineffable mystery of the Sacred Heart’ so that our eyes may be opened to the inexhaustible riches  and glorious beauty of this mystery, for  as he argues:

“ It is perhaps  in the adoration of the Sacred heart that the mystery of the Incarnation and of God’s infinite charity manifests itself in the deepest manner. In the invocation ‘Heart of Jesus, wherein abides the fullness of the Godhead’  we find the tension that is immanent in the mystery of the Incarnation in its full , ineffable glory.  In saying Cor Jesu, we are touching on the deepest and noblest mark of human nature, to have a heart capable of love, a heart which can know anxiety and sorrow, which can be afflicted and moved, is the most specific characteristic of the human person.  The heart is the most tender,  the most inner, the most secret center in man, and it is in the heart of Jesus that the plenitude of Divinity dwells.” 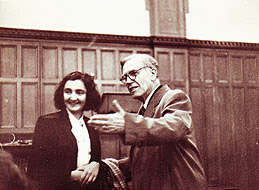 The Sacred Heart, argues Von Hilderbrand,  expresses   the ‘great secret’ of every soul: ‘God’s infinite love for us in Christ – which is the source of our joy, our consolation, our hope in statu viae and our everlasting joy in eternity, shines forth in a specific way in the Sacred Heart.”

The devotion to the Heart of Jesus has, from earliest times has been implied in the adoration of the Sacred Humanity of Christ.  It developed form from the 18th century as a response to Jansenism and later the rationalism of the enlightenment which ignored the role of the heart and which focused on the head and the will. In the twentieth century Hildebrand wanted to awaken our attention to the critical role which the Sacred Heart has to play in combating the hatred directed at human dignity and personality.  The Sacred Heart  reminds us that God is love, and that God loves us in spite of all our disregard of  this infinite love.

This is why we urgently need to renew our devotion to the Sacred Heart.  Those who have problems with the devotion fail to understand the ‘specific aspect of the divine mystery which the devotion to the Sacred Heart  discloses.’ The Sacred Heart  focuses our attention on one of the main marks of Christian morality: charity. ‘Whereas rectitude and justice are the core of natural morality, in Christian morality the specific centre in the goodness of charity’. We see this time and time again the  Gospels – as in the story of the Good Samaritan: we hear ‘the voice of the heart’.  We see in the Gospels how utterly superabundant is God’s love.  In the Gospels we see how a ‘transfigured affectivity permeates Christian morality’ ; we see how God’s love has no limits that discloses a ‘new and unheard-of-dimension of the heart’.

For Hildebrand ( as for Teilhard)  this is why the devotion is so very important to the contemporary world.

“Devotion to the Sacred Heart throws into relief the mystery of this holy affectivity of the Sacred Humanity of Christ, and does so with all the realism so characteristic of Christ’s revelation.  By this realism we mean the individual, concrete character of God’s revelation in Christ as opposed to any abstractionism that confuses authentic breadth with logical extension; it is opposed as well to any proud spiritualism which scorns matter… The fact that the devotion is extended to [the] bodily heart which has been pierced by the spear of the soldier, from which  his Sacred Blood dripped, gives to the entire devotion an implacable realism. The mysterious interpenetration of the physical heart and the heart as a spiritual centre of affectivity immerses us in the concrete reality of this blissful mystery.”

In this devotion, the Church makes explicit the Sacred Humanity of Christ and the unfathomable divine love which radiates from the heart.  It is, therefore, a devotion with deep and profound roots in the history of the Church, but was only made more explicit in more recent centuries. As he says: ‘ The Apostles were [themselves] under the spell of the Sacred Heart.’ Throughout the history of Christianity the Sacred Heart has been present in the life of the Church.  It has always been ‘deliciae sanctorum omnium’, and as a devotion it has grown ‘organically’.   But, along with development of the devotion has come an inevitable distortion and corruption : ‘Many devotional pictures of the Sacred Heart and especially many hymns..display a mawkish sentimentality, and portray the Sacred Heart not only stripped of supernatural mystery but, but even from the natural point of view, as insipid and mediocre’.

In many respects Teilhard and Hilderbrand take similar lines – even if they use very different kinds of language and approach.  For Hilderbrand the Sacred Heart had to be reinvigorated by a more philosophical perspective on the role of the heart and the Heart of Jesus.  For Teilhard, it also needed to be reinvigorated and re-instated – and this meant a far more mystical understanding of the Sacred Heart. For both the Sacred heart had to be liberated from the 'mawkish sentimentality' of the past   In this way what Teilhard says about the Sacred Heart, and what we find in Hildebrand are far more in harmony that they might first appear. In order to better understand the Incarnation which took place in Bethlehem, we must better understand the Heart of Jesus, and open our hearts in complete humility  to the babe born in a stable.