The Holy Name of Jesus

The first Friday of 2014 - 3rd January - fell on the day we remember the Holy Name of Jesus.  Sadly, the celebrant at mass did not mention it, but it got me thinking. How come I had not really thought about the name 'Jesu' right at the top of the icon, and the Greek letters over the face of Christ?  It also appears in the hand of Christ - Christ's right hand is shown in a pose that represents the letters ΙϹ, Χ, and Ϲ. Yes, of course, it reminds of the Litany of the Sacred Heart - but it should also prompt us to reflect on the name of the Saviour. 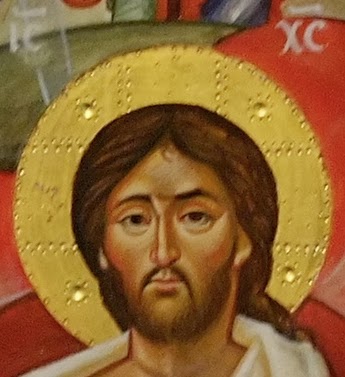 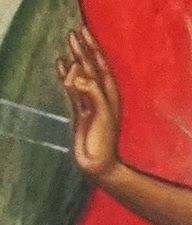 It has been the practice of Christians for many centuries to honour the Holy Name of Jesus. Thus, above Christ Omega we find the letters IC and XC.   These represent the first and last two  letters of  the name of Jesus Christ in Greek: ΙΗΣΟΥΣ   ΧΡΙΣΤΟΣ   resulting in ΙΣ   ΧΣ. In medieval Greek it was common to use the so-called 'lunate sigma' -  'C' rather than ‘Σ’. 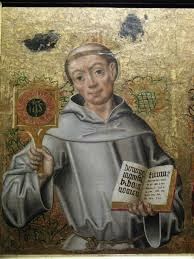 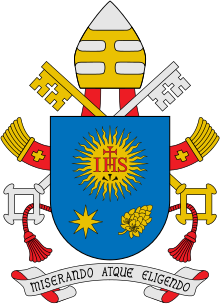 In the Catholic tradition the form IHS - which takes the first three letters of the Greek word for Jesus -  ΙΗΣ - the Σ being substituted with S, or sometimes C. As we pray and honour the Holy Name, it is good to ask for the help of the saint who is most closely associated with promoting the name  and its iconography, IHS) : the Franciscan,  Bernadine of Siena (1380- 1444). The IHS symbol of St. Bernadine was, of course, adopted by Teilhard’s order, the Jesuits.We find the Holy Name in this form on Pope Francis's  coat of arms.

However  it is written the Holy Name is there for a purpose in the icon and should be a focus for prayer and reflection. Strange I have never really thought about until the first Friday mass.  The name of Jesus is nowadays so often spoken in vain – as a common expression of surprise or as a swear word.  The icon invites us to pray this Holy Name. As St Paul says: "God highly exalted Him and gave Him the Name that is above every name, so that at the Name of Jesus every knee should bend; in heaven and on earth and under the earth, and every tongue confess that Jesus Christ is Lord, to the glory of God the Father."  As we can see in the icon we can see under the name of Jesus all the universe, and beneath them every knee bending and every tongue confessing that Jesus is Lord.

The Catechism tells us that, when we pray,

..the one name that contains everything is the one that the Son of God received in his incarnation: JESUS. the divine name may not be spoken by human lips, but by assuming our humanity the Word of God hands it over to us and we can invoke it: "Jesus," "YHWH saves." The name "Jesus" contains all: God and man and the whole economy of creation and salvation. To pray "Jesus" is to invoke him and to call him within us. His name is the only one that contains the presence it signifies. Jesus is the Risen One, and whoever invokes the name of Jesus is welcoming the Son of God who loved him and who gave himself up for him….The invocation of the holy name of Jesus is the simplest way of praying always. When the holy name is repeated often by a humbly attentive heart, the prayer is not lost by heaping up empty phrases, but holds fast to the word and "brings forth fruit with patience." This prayer is possible "at all times" because it is not one occupation among others but the only occupation: that of loving God, which animates and transfigures every action in Christ Jesus. The prayer of the Church venerates and honors the Heart of Jesus just as it invokes his most holy name. It adores the incarnate Word and his Heart which, out of love for men, he allowed to be pierced by our sins. Christian prayer loves to follow the way of the cross in the Savior's steps. the stations from the Praetorium to Golgotha and the tomb trace the way of Jesus, who by his holy Cross has redeemed the world. ( Catechism, 2665- 2669) ( My emphasis. )


Interesting, therefore, that the devotion to the heart of Jesus and the name of Jesus are so closely intertwined.