Lukewarm Christians and the challenge of Ideological Colonisation

One of the promises of the Sacred Heart as revealed to Saint Margaret Mary was that  'tepid souls'  will become fervent ( promise 7).

I was reminded of this the other day when I reflected on Pope Francis's recent observations about the problems of lukewarm Christians.   Christians whose faith is lukewarm are, he says, in grave danger.

“Our memory is so important for recalling the grace received because if we chase away that enthusiasm which comes from the memory of that first love, this enthusiasm coming from that first love, then a huge danger arrives for Christians: a lukewarm (faith).  Lukewarm Christians.  They’re there, immobile and yes, they’re Christians, but they’ve lost the memory of that first love.  And they’ve also lost their enthusiasm. In addition, they’ve lost their patience, to tolerate life’s problems with the spirit of Jesus’ love, to tolerate, and to bear on their shoulders the difficulties….   Lukewarm Christians, poor things, they’re in grave danger.” 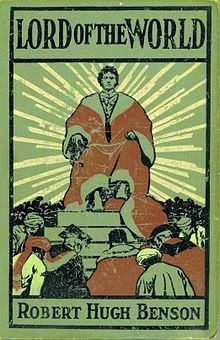 “It’s painful and heart-breaking to see so many Christians - so many  Christians! – half-way along the road, so many Christians who’ve failed along this road towards a meeting with Jesus, going away from this encounter with Jesus. This road where they’ve lost the memory of that first love and no longer have any hope.”

WE live in a world in which Christianity is in retreat in the face of loss of faith and hope - and where too many Christians are just plain ' lukewarm' - tepid , or  'tiepidi' in Italian.  In a secular world which is full of materialistic relativism and (well just ) evil,  tepid Christians are part of the problem.  When the Pope was on the return flight from Manila to Rome Francis made the observation that Christians have to realise what happening - before it is too late.  He spoke about a process of colonisation.  The world is being ideologically colonised by those who wish destroy the followers of Christ. In this kind of world, Christians have to be on their guard, and wake up.    Lukewarm Christians are easy prey and they are in grave danger of being colonised.  To make his point the Pope suggested that  we read a book: 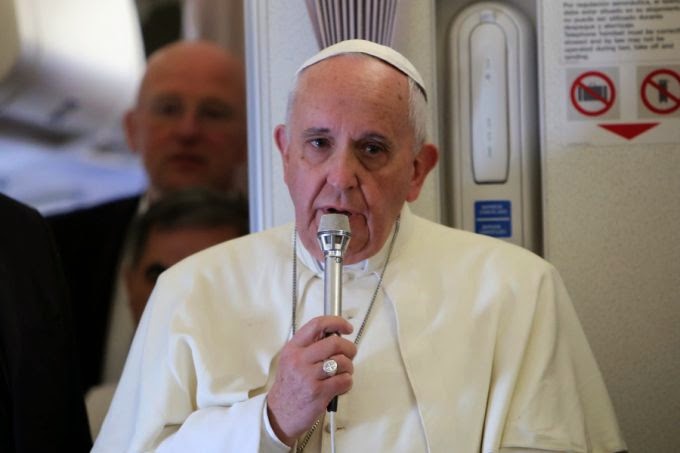 "There is a book, excuse me but I'll make a commercial, there is a book that maybe is a bit heavy at the beginning because it was written in 1903 in London. It is a book that at that time, the writer had seen this drama of ideological colonization and wrote in that book. It is called "The Lord of the Earth," or "The Lord of the World." One of those. The author is Benson, written in 1903. I advise you to read it. Reading it, you'll understand well what I mean by ideological colonization."

This is not the first time he has referenced Benson. Back on November , 2014 he also drew attention to the book. As reported in L'Osservatore Romano he said:

“Still today, the spirit of worldliness leads us to progressivism, to this uniformity of thought” … Negotiating one's fidelity to God is like negotiating one's identity, Pope Francis said. He then made reference to the 20th-century novel Lord of the World by Robert Hugh Benson, son of the Archbishop of Canterbury Edward White Benson, in which the author speaks of the spirit of the world that leads to apostasy “almost as though it were a prophecy, as though he envisioned what would happen” …
“We would do well to think about what happened in the Book of Maccabees, he continued, about what happened step by step, before we decide to follow an ‘adolescent progressivism’ and go along with what everyone is doing,” the L’Osservatore Romano report added. “We would also do well, he said, to ponder the consequences of their infidelity, to think about the ‘death sentences, the human sacrifices’ which followed thereafter. He then asked those present: ‘Do you think there are no human sacrifices today? There are many, many of them. And there are laws that protect them.’”

His predecessor also made a point of drawing our attention to Benson's book as a significant contribution to our understanding the challenge which lukewarm Catholics must appreciate: for we are indeed in grave danger.  In a  lecture he gave at the Catholic University ( of The Sacred Heart ) in Milan in February 1992, the then Josef Ratzinger cited The Lord of the World and dangers it depicts. Benedict said that : Benson described “a similar unified civilization and its power to destroy the spirit. The anti-Christ is represented as the great carrier of peace in a similar new world order.”

Pope Francis advises us to read Benson's book to better comprehend this process of ideological colonisation that is taking place and therefore understand that a lukewarm Christianity is simply not enough.  Our faith has to be on fire with the love of God.  A lukewarm heart is on its way to becoming a cold heart.   And, of course, it was this growing awareness of the rising tide of secularism  which informed the growth of the devotion to the Sacred Heart at the time Benson was writing his prophetic novel.   Significantly, as we have noted elsewhere on this blog, Teilhard was greatly influenced by Benson and knew The Lord of the World very well.   Teilhard passionately believed that a renewed and enlarged conception of the Heart of Jesus was absolutely vital for the future of Christianity.   Ultimately Christ would make all things new and draw all things into the love of God. He saw this in evolutionary terms: and evolution was a painful process which would end with unity with God not the kind of human centred unity promised by the Anti-Christ in Benson's book.  Christians have to confront and challenge the powers of this world.  To do this we have to have a heart that is on fire: no room in the great struggle for the tepid and lukewarm.  When we want to grasp why Teilhard was so passionate about the Sacred Heart it is well to read Benson's great book: the Sacred Heart is in many ways his  his response to the world as described in  Lord of the World. It should also be ours.